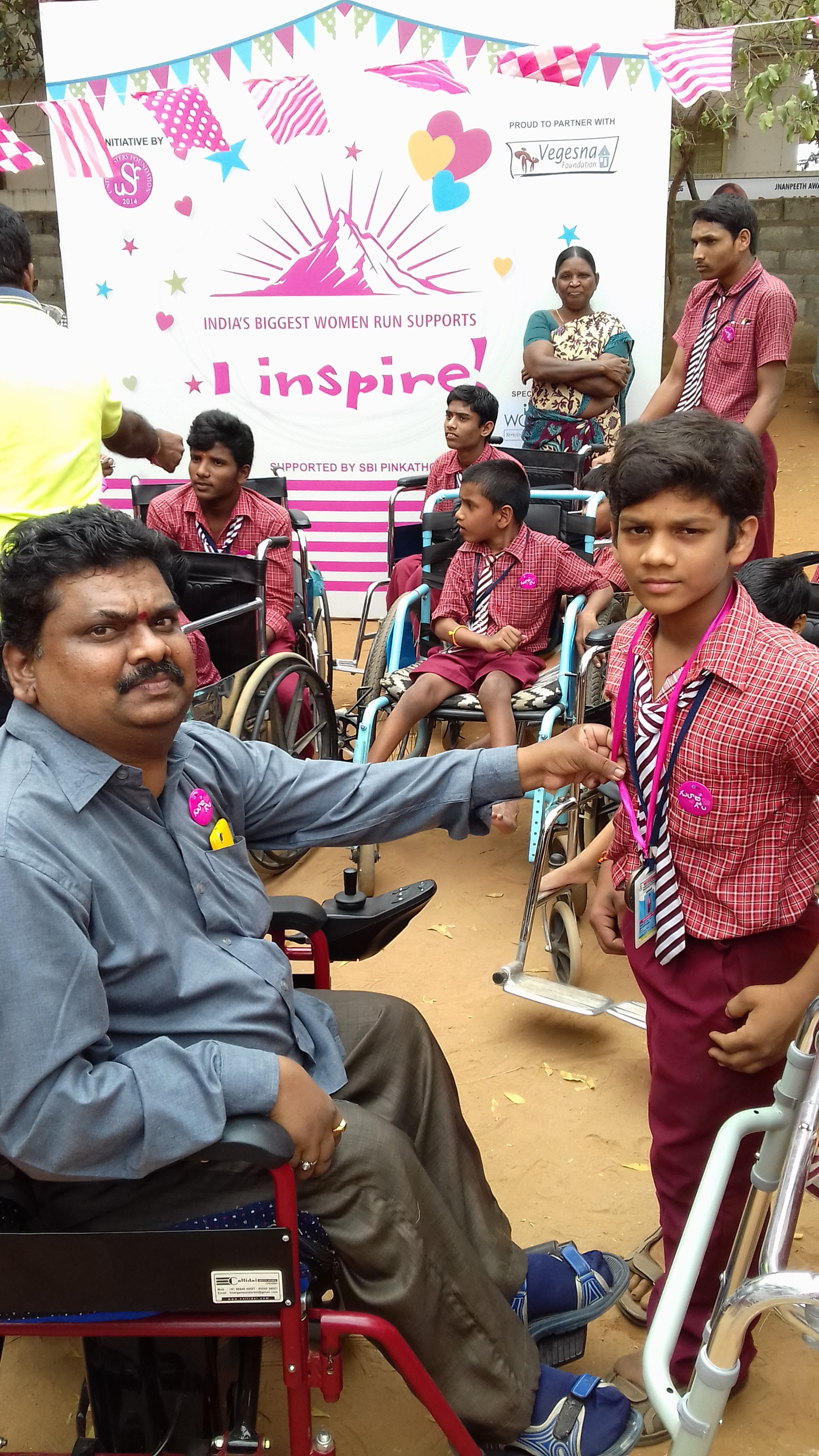 Children took part in the Run with lot of enthusiasm and happiness. Their happiness reached to new heights when they were supported and cheered up by a group 70 girls and boys from Vocational Institute and neighbourhood school students.

Mr. Shanmukha Rao, one of the active volunteers of WOW Foundation gave a motivational speech inspiring the children with disabilities to fight back and learn skills to make better and prosperous life.

All the children participated in the Run got appreciation in the form of “I Inspire Medal” from Pinkathon organisation. Winners of Run in each category were given special Prizes. 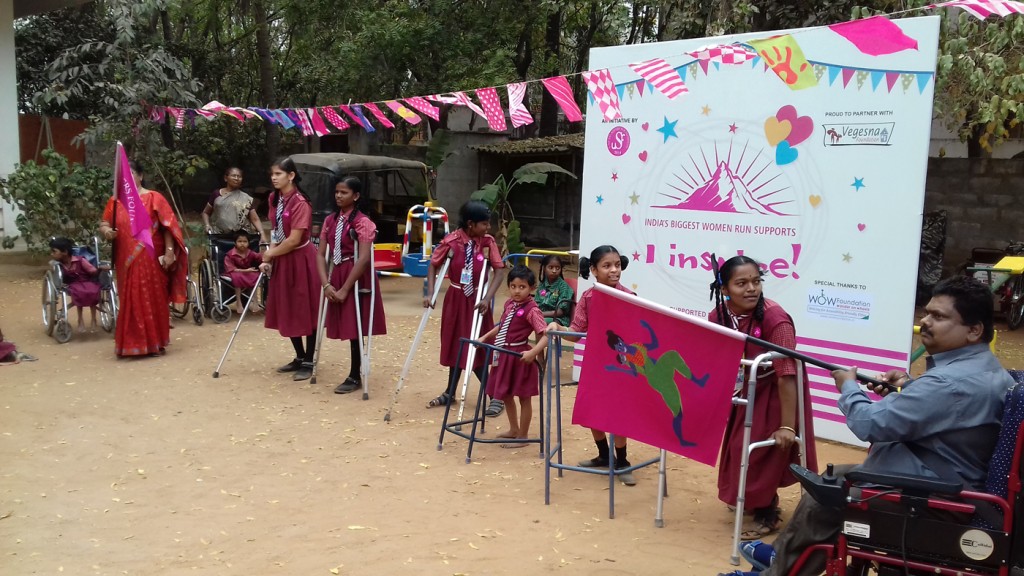 After completion of Running Race, medals and prizes were distributed by Mr. Narsing Rao Bongurala, Founder – WOW Foundation. Later, he also interacted with TV9 News Channel and other media representatives. He emphasized that people with disabilities need support not sympathy to make them integral part societal development and overall growth of the nation.

About WOW Foundation
WOW (Wonder on Wheels) Foundation is a non-profit organization started with the primary objective of bringing awareness, fighting for rights of physically challenged at public places and sensitizing various stakeholders to establish accessibility friendly ecosystem across Telangana. In this direction, WOW Foundation has taken an initiative entitled “Accessibility Friendly Telangana”.