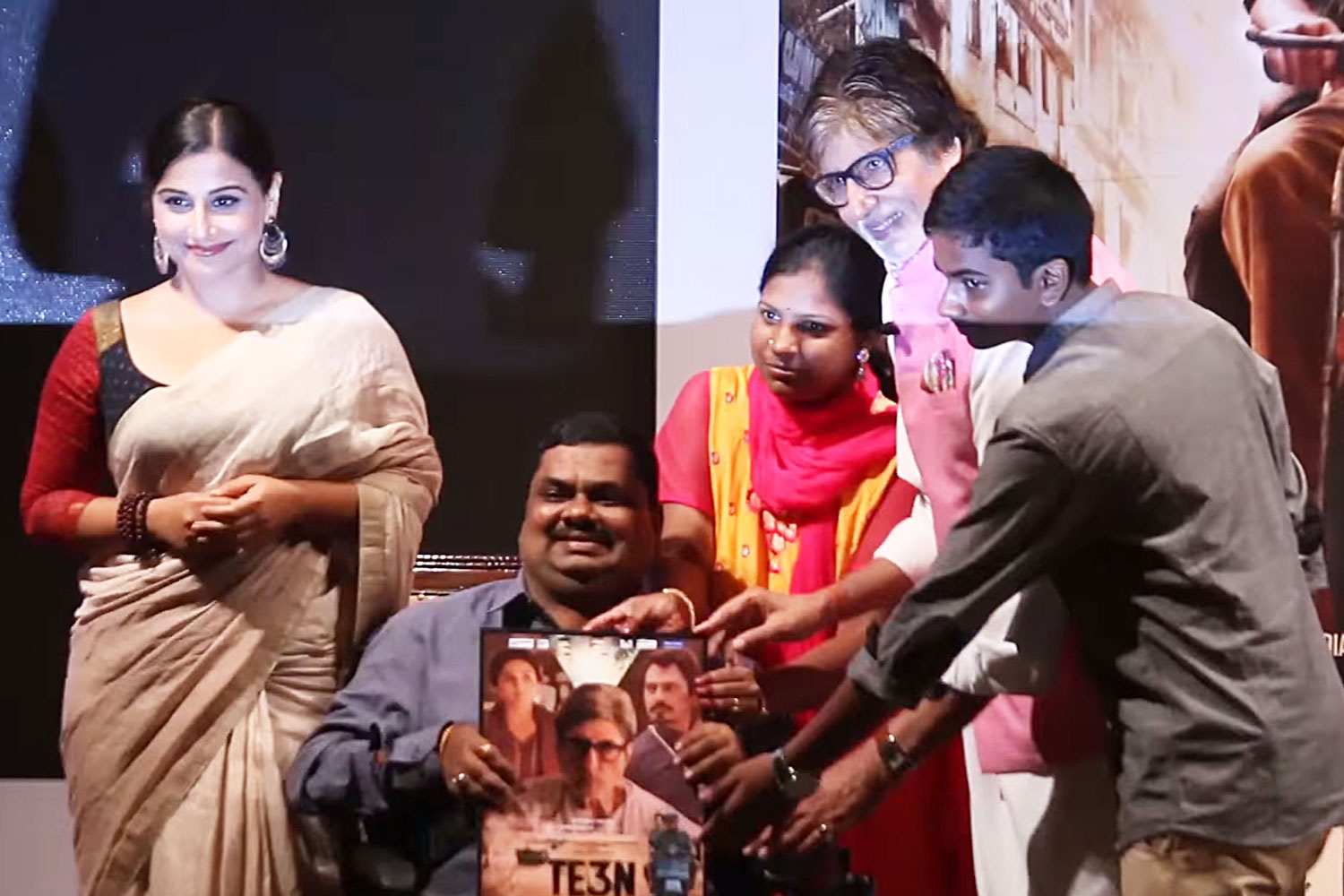 Despite being confined to a wheelchair, Narsing Rao Bongurala has won the hearts of Bollywood celebrities with his talent and creative skill. He participate in the contest as one in 60,000 people from across the country and stood in the top 12 list. Not just that, he was felicitated by Bollywood’s celebrities Amitha Bachchan and Vidya Balan. He is from Meerpet village in Saroornagar Mandal in Telangana.

Reliance Entertainment and Talent House banners have jointly conducted a contest to design a beautiful poster for the forthcoming Bollywood film ‘Te3n’ director by Ribhu Dasgupta. Nearly 60,000 talented people from across the country were participated in the contest. Bongurala Narsing Rao, despite being confined to a wheelchair, is working as a Graphic and Web designer. He sent a beautiful poster design to the contest and stood in the top 12 list.

The winners were honoured in a special ceremony in Mumbai.

Big B Amirabh Bachchan and Bollywood actress Vidya Balan graced the event which was held on June 4 in Mumbai and presented the awards for top 12 designers. Bongurala Narsing Rao flew to the event along with his wife and son by flight arranged by the organisers. The most touching moment of the evening was Bachchan hugged Narsing Rao Bongurala and presented autographed award to him. Narsing Rao said that it is the most unforgettable moment in his life and with this moment made me forget that I am a physically disabled person and boosted my confidence levels.

It is noteworthy that his name will be added in the ‘Te3n’ cinema poster which is releasing worldwide on Friday i.e. on June 10. His name will appear in every ‘Te3n’ film poster in Telangana.