One of our biggest achievement is getting Letter of Appreciation from Accessibility Testing & Auditing for L&T Hyderabad Metro Rail Stations.

As part of L&T Metro Hyderabad’s intent to focus on total accessibility in the entire project, Our Testing was successful implementation in this project. It will change the lifestyle of physically challenged people in Hyderabad.

We are thankful for continuous support of L&T Hyderabad Metro Rail towards “Accessibility Friendly Cities” which is intended to bring in awareness, fight for rights of physically challenged at public places and sensitize various stakeholders to establish accessibility friendly ecosystem across Hyderabad and other places.

We are also very happy to be part of L&T Hyderabad Metro Rail promotional film. its great feeling. 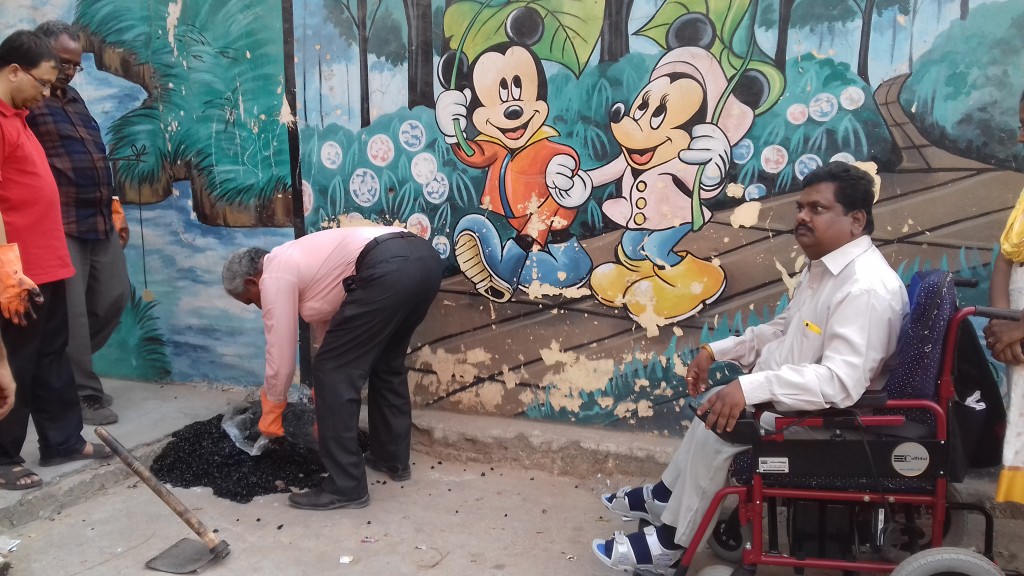 It was indeed a great achievement for WOW Foundation by making an ATM Accessibility Friendly. For many days, I have been facing lot of problem in accessing my Andhra Bank ATM near Meerpet Chowrasta. When I initially approached the bank officials and requested to construct a ramp near ATM. They said, they don’t have funds to provide such facility. 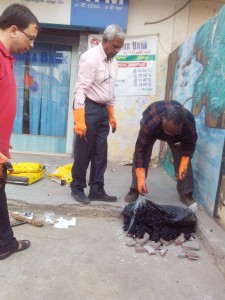 I really wonder their CSR commitment and customer support. Then I posted my problem in Facebook and asked my friends to help. Immediately many friends like Ravi Kumar, Praveen Kumar Machavaram, Suheim Sheikh, Jahangir Shaik, Ranjeet Tayi, Preeti Pooja responded and shared the problem in thier social media profiles. Gangadhara Tilak Katnam of Shramadhaan NGO who is known as Potholes Doctor came forward and constructed the ramp by evening 6:00 PM. I thank for immediate support of TV5 crew to cover the event and support the cause. Ultimately it proved that when a noble intention is supported by socially conscious individuals, it can turn into a movement to pave new way. Today, many people with different disabilities struggle to get access to many public places. We thank Shramadaan for support. 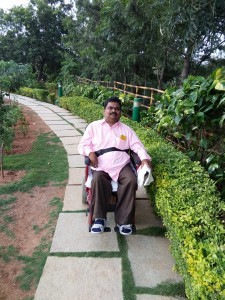 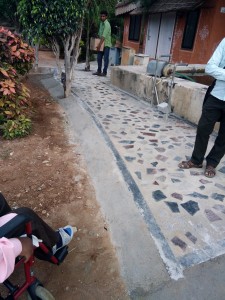 Despite being confined to a wheelchair, Narsing Rao Bongurala has won the hearts of Bollywood celebrities with his talent and creative skill. He participate in the contest as one in 60,000 people from across the country and stood in the top 12 list. Not just that, he was felicitated by Bollywood’s celebrities Amitha Bachchan and Vidya Balan. He is from Meerpet village in Saroornagar Mandal in Telangana.

Reliance Entertainment and Talent House banners have jointly conducted a contest to design a beautiful poster for the forthcoming Bollywood film ‘Te3n’ director by Ribhu Dasgupta. Nearly 60,000 talented people from across the country were participated in the contest. Bongurala Narsing Rao, despite being confined to a wheelchair, is working as a Graphic and Web designer. He sent a beautiful poster design to the contest and stood in the top 12 list. 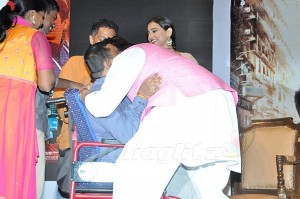 The winners were honoured in a special ceremony in Mumbai.

Big B Amirabh Bachchan and Bollywood actress Vidya Balan graced the event which was held on June 4 in Mumbai and presented the awards for top 12 designers. Bongurala Narsing Rao flew to the event along with his wife and son by flight arranged by the organisers. The most touching moment of the evening was Bachchan hugged Narsing Rao Bongurala and presented autographed award to him. Narsing Rao said that it is the most unforgettable moment in his life and with this moment made me forget that I am a physically disabled person and boosted my confidence levels.

It is noteworthy that his name will be added in the ‘Te3n’ cinema poster which is releasing worldwide on Friday i.e. on June 10. His name will appear in every ‘Te3n’ film poster in Telangana.